American trust and estate law has always recognized property owners’ rights to do as they wish with their property upon death. Due to the number of estate planning instruments available, this article will focus on “Wills.”

What is a Will?

A Will, also known as a “Last Will and Testament,” is one of the oldest forms of written legal documents and still serves the same purpose as the earliest Will on record dating back to 2500 BC. A Will is a legal document whereby a person (a “testator”) instructs the probate court on how s/he wants to divide and distribute his/her property after death. A Will can simplify the probate process for loved ones and prevent your estate from unintentionally passing to heirs under intestate succession laws. Essentially, a Will is a document that sets forth your final wishes.  It is your opportunity to “have the last say” about who gets what you own after you die. In addition, a Will is a good way to shorten the probate process, select the best person to be in charge of paying your bills and managing your property, distribute your assets promptly, and avoid unforeseen legal fees, costs, and litigation among heirs.

Do you have the WILL to carry out your final wishes?

Thinking about death can be daunting; and preparing for death is likely not on the top of anyone’s list of favorite things to do. If you have not executed a valid Will prior to death, you will be deemed to have died “intestate” (without a Will), and your property will be distributed in a manner predetermined by state laws known as the laws of intestate succession. You will have lost the chance to say how what you own at your death will be distributed.

The laws of intestate succession differ from state to state; but the probate court will, in accordance with its state’s laws, identify a person to be charged with administration of the estate and identify the heirs of the estate. An heir is an individual legally entitled to receive the deceased’s property. The court will weigh a multitude of factors in determining who the heirs are such as whether there is a surviving spouse, a “common law” spouse, or children (potentially excluding stepchildren) from multiple relationships.

Even if a Will does exist, the probate court must declare it to be valid. In validating a Will, the court will again weigh a number of factors; and during this review, issues that the testator did not consider may come to light. What may have been a valid Will at one point in time, as time passes, may become invalid due to changes in circumstance, statutes, or a testator’s residence. A court may invalidate a Will in its entirety or in part. If the court invalidates a portion of the Will, intestate succession laws can be applied as gap fillers so as not to invalidate the entire Will.  Generally speaking, the court will make an attempt to preserve as much of the testator’s intent as possible. However, if the court invalidates the whole Will, the court has the unfortunate duty of setting aside the testator’s final wishes and applying its state’s laws of intestate succession.

The New Hampshire Supreme Court recently handed down the In Re Estate of Marie G. Dow decision. In this case, Ms. Dow, a mother of two children, properly executed a Will in Massachusetts. Ms. Dow’s Will provided that everything she owned was to be distributed to her daughter-in-law, and if her daughter-in-law pre-deceased Ms. Dow, then everything would be distributed to her daughter-in-law’s daughter. Ms. Dow’s Will failed to say she was not leaving anything to her two sons, but her Will did contain a clause indicating that anyone omitted from the Will was omitted intentionally, wording which would have been effective under Massachusetts law.

The New Hampshire Supreme Court reversed the probate court and made two rulings in favor of the son.

As a result, the two sons were presumed by law to have been accidentally forgotten by Ms. Dow when she made her will in Massachusetts; and each son inherited half of their mother’s estate, even though she had intended to exclude them from receiving an inheritance.

Like many before her, Ms. Dow probably never considered that moving to a different state would upend the intentions she expressed in her Will. Life happens. Changes occur; and when they do, your Will needs to be updated. Probate courts are riddled with cases like In Re Estate of Marie G. Dow; and courts find themselves in the difficult position of having to transfer a testator’s property according to state laws of intestate succession, instead of according to the testator’s wishes. Borofsky, Amodeo-Vickery & Bandazian, P.A. is here to make sure that this does not happen to you!

Why seek out our expertise at Borofsky, Amodeo-Vickery & Bandazian, P.A.?

A quick search of the internet reveals countless resources that offer cookie-cutter, cheap, “simple” Wills.  But, if you are making a new Will or revising an old one without the assistance of a skilled attorney, you might not be having the “last say” you think you are having; and your loved ones may be in for an unpleasant surprise.

At Borofsky, Amodeo-Vickery & Bandazian, P.A., our experienced attorneys have assisted over 10,000 clients in executing personalized Wills that carry out their final wishes as our clients intended. Whether it is your first Will or a revision, we are here for you! Contact us today to make an appointment.  It’s fast and easy; and for the peace of mind it will give you, it is one of the best investments you can make.

The use of the Internet or this form for communication with the firm or any individual member of the firm does not establish an attorney-client relationship. Confidential or time-sensitive information should not be sent through this form. 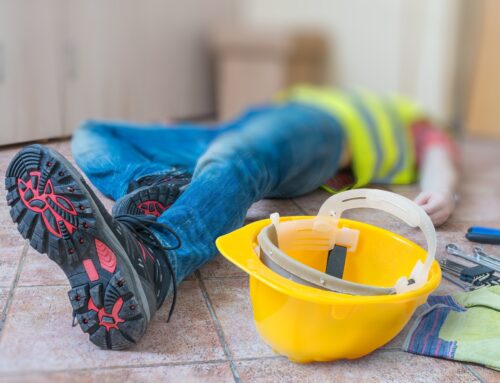 What Should You Do When You Have a Job Injury Claim? Gallery

What Should You Do When You Have a Job Injury Claim?